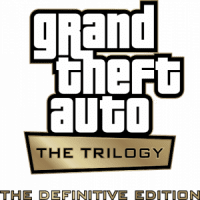 In this game, the player plays as a criminal living in Liberty City, a fictional metropolitan city based on New York City. The player can commit crimes and use guns and melee weapons to attack rival gangs. The player can also complete side missions.

Graphics of Grand Theft Auto: The Trilogy was remastered, still leaving hints of original games. Graphics didn't get more realistic but are more detailed and sharper. As a result, the games have a slightly better appearance.

Grand Theft Auto: The Trilogy is a great game that shouldn't be missed by any fan of the GTA series. It has a lot of improvements, so it's much better than the old trilogy. It's a good choice for those who want to get into the world of GTA for the first time.