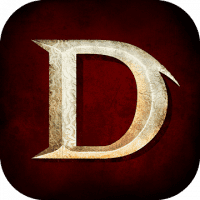 The gameplay in Diablo Immortal is very similar to the other games in the Diablo series. The player chooses a character and then fights through dungeons, defeating monsters and collecting items. The player can also join other players in groups to complete quests and defeat bosses. The player controls from one of six classes–Barbarian, Crusader, Demon Hunter, Monk, Necromancer, and Wizard–and uses their skills to fight their way through hordes of demons to complete quests. The game features real-time combat, as well as looting and crafting.

The controls in Diablo Immortal are also very simple and are not very similar to the controls in other games in the series. This can be a problem for players who are used to the more complex controls in other Diablo games. They are very responsive, and they feel very natural. Movement and combat are both easy to control, and you will not have any trouble navigating the world.